New York, the city of dreams is on everyone’s bucket list. From Brooklyn to the Bronx, there is a lot to see when in New York. However, there is a list of quintessential places to visit when in the city. Though no trip to New York is complete without a visit to these places, there are some unseen sites of New York which you probably didn’t know about. Whether it is your first time in New York or just another of your trips, JFK Car Service will drive you to these unknown gems of New York from the JFK airport. 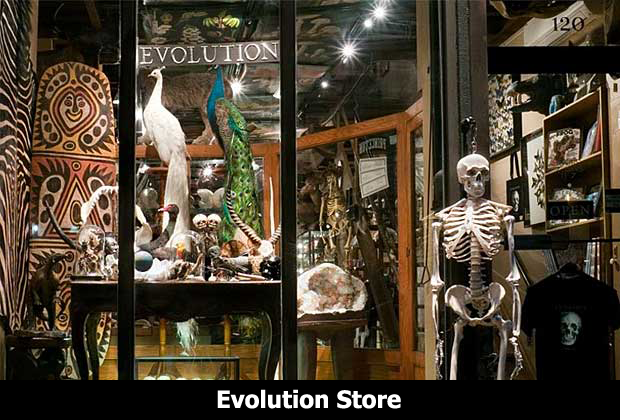 If Natural History fascinates you, then evolution store is a place worth a visit. It is a distinctive shop in SoHo’s art district where you can find unique natural history collectables tucked in every nook and corner of the wooden panelled stored. The collection varies from Framed Butterflies to insects, fossils, seashells, skulls and even skeletons hanging from the ceiling. The specimens in the shop have been acquired by those who supply to the museums. 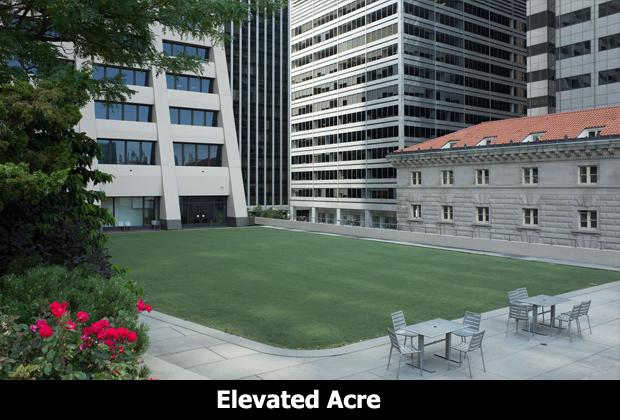 Situated in the Financial District in Lower Manhattan, Elevated Acre transports you from the hustling bustling city pressure to a calming lush garden of solitude. It is a one-acre meadow which is flanked by hardens and plantings which have been elevated above the city streets. Hidden in plain sight, an elevated acre has a lawn, amphitheatre, a summer beer garden and breathtaking views of East River, Brooklyn and the Brooklyn Bridge. It is the perfect place to just sit back and breathe. 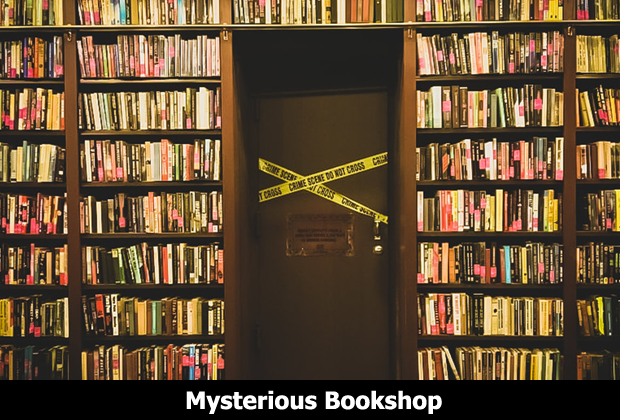 For all the mystery fiction lovers, Otto Penzler is a household name and this is your chance to get into his office through a door in this bookshop. It is not only the world’s oldest but also the biggest mystery, crime fiction, espionage and thriller themed bookstore. On the door, you will find a big X made out of the yellow police tape. As you walk down the stairs you will find Penzler’s office.

The Museum of Mathematics or MoMath: 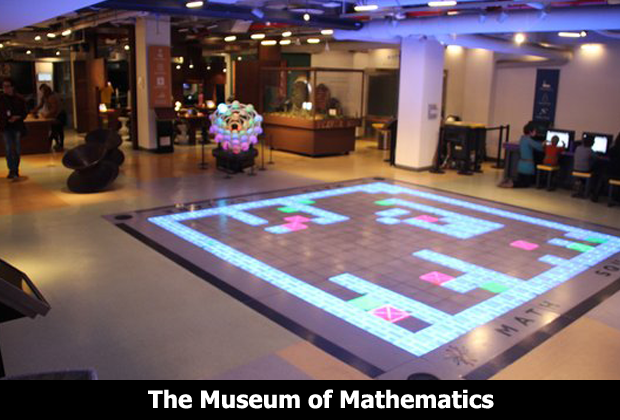 Yes, you read it right there is a museum which has been dedicated to mathematics. This museum showcases the fun side of mathematics, a subject which has dreaded by most during the school days. The museum attempts to show how mathematics underlies and shapes our day to day lives. If you are worried about coming across complex formulas and reliving your mathematics nightmare, then you don’t have to worry. The museum has been designed in such a way that it gives you a sensory experience of the abstractions of mathematics. 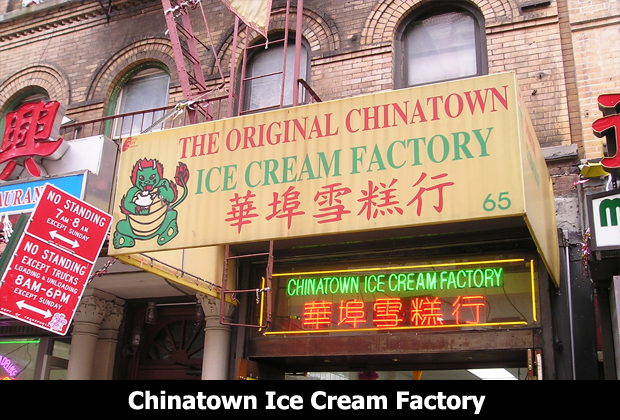 I scream, you scream, we all scream for ice cream, don’t we? Living by the myth of the invention of the ice cream by the Tang Dynasty over hundreds of years ago, the Seid Family has perfected this art. The factory offers unique flavours of ice cream ranging from Wasabi to black sesame and peanut butter and jelly. Their Chocolate Chip is a must-have.

Museum of the American Gangster: 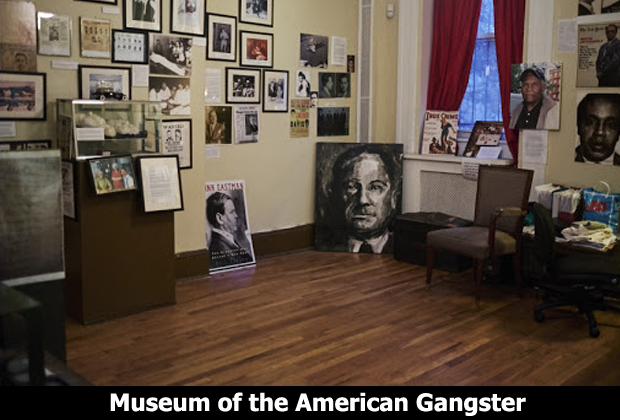 A theatre in the 1960s, it was bought by Howard Otway. This theatre was once a thriving speakeasy which was run by a gangster, Walter Scheib. Back then the entrance to this secret club was through a butcher shop around the corner. The two rooms in this theatre have been converted into a little museum which has been dedicated to the gangsters who owned and operated the speakeasy. In the basement, you can still find the original phones and the complex series of wires which had been rigged up with explosives in case of a raid are also at display. 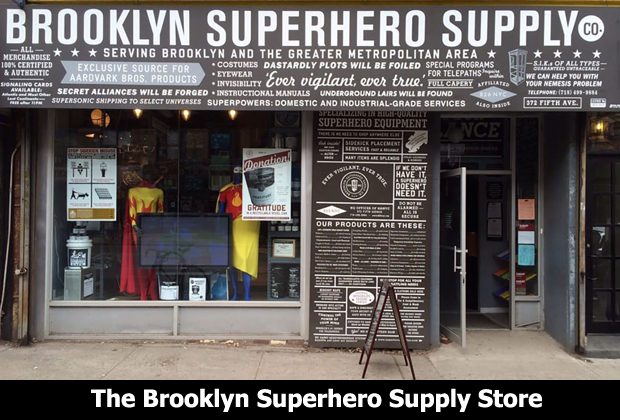 Are you looking for ways to fight crime? Well, this store has you covered. Here you can find all types of electric equipment necessary for turning you into Batman. Mylar force fields, capes and spandex, name it and all your superhero needs will be satisfied in this shop. This store also has a lot to offer to those who are a bit on the darker side and want to be a villain, it has mind readers, particle guns and bottled black holes. 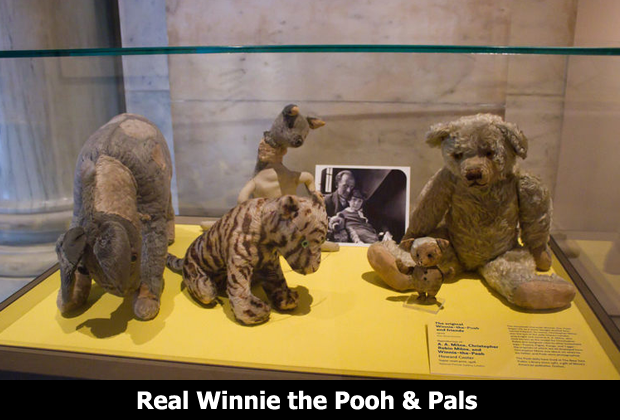 Winnie the Pooh and his pals have been a part of almost everyone’s childhood. Whether you are in your 30s or a child, the chance of seeing the original toys that inspired our favourite childhood stories is something that will get almost everyone excited. Winnie The Pooh, Tigger, Piglet and the others can all be found in the New York Public Library. 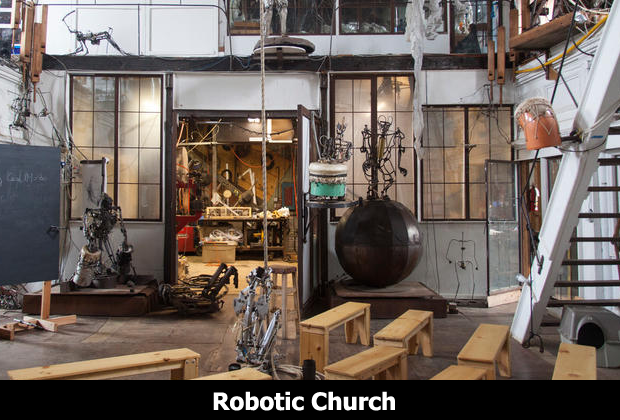 Previously a Norwegian Seaman’s Church, it now houses a collection of kinetic bots, twistest and clanging robots which came to life and form a caterwauling orchestra of futuristic junk life. This church in Red Hook was taken over by the Mechanical Art Collective Amorphic Robot Works in the 1980s. Most of the contraptions here take a humanoid form and each of them has been designed to perform a unique task which creates a singular noise whether it is strumming the strings or clanging itself against the floor.

The Old Headquarters of Murder, Inc.: 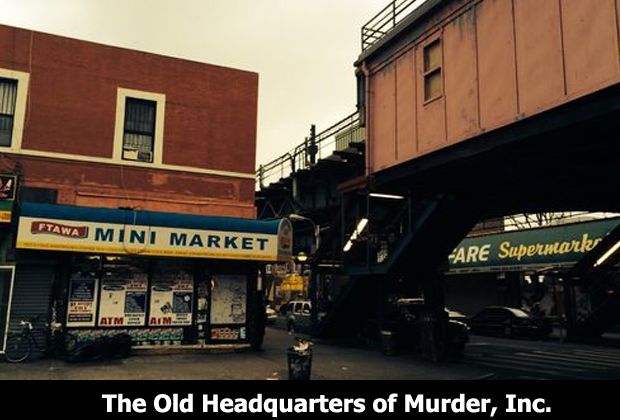 This plain old bodega was previously the house of America’s most feared assassin’s guild. In the 1930s, the Murder Incorporated was created as an execution squad which was a part of the newly formed National Crime Syndicate. Jewish and Italian gangsters were mostly a part of this death squad. It was the place of the ruling elite of East Coast who indulged in organized crime.